What Is a Baby?

Twenty-eight years ago today–and I remember well my horror at the time, the parents of a child known forever as Baby Doe apparently decided that he was not a human being deserving of love and care when they allowed him to starve rather than correct a minor defect.  Baby Doe was the victim of the abortion mentality even though his death occurred after he was born.  When it’s acceptable to kill unborn babies for not being perfect, we are only one step away from euthanizing imperfect newborns.  Reading this story reminded me of a column I wrote about five years ago, which I reprint today in his memory. 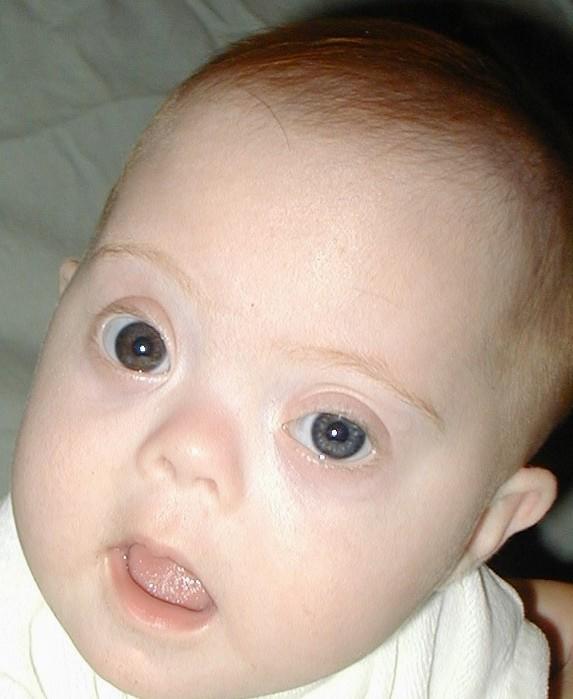 Teenagers aren’t the only ones who love to hang out and chat with online friends.  I’ve been a member of various virtual communities since I went online in 1995.  My family and many of my “real life” friends don’t get this.  “Why would you want to talk to people you’ve never even
met?” they ask.

For me there are two great aspects of virtual communities.  Online you can quickly find a lot of people who share your interest, no matter how obscure.  It might have been difficult for me to find hundreds of people who were obsessed with The X-Files and writing fanfiction about it here in Knoxville, for example. (For a long time my husband was sorry he had encouraged me to get online!)  On the other hand, these people who share one interest with you are probably more different from you in other ways than the people you hang out with at home, giving you a chance to incorporate a little diversity into your life.

Most people I know well in Knoxville are pro-life, and if they aren’t, they know me well enough to avoid unpleasant discussions about life issues.  My current online homes are newsgroups devoted to pregnancy and breast feeding.  United by a shared interest in these topics are women who are married, divorced, and never married; doctors, retail workers, and stay-at-home-moms; straight and lesbian; Catholic, Protestant, Jewish, pagan, and atheist; American, British, Danish, and more; pro-life and pro-choice.  Being among them gives me an opportunity to hear from people who make choices I would never make, could never imagine making.

I read discussions of whether to have prenatal tests, of what anomalous ultrasound results might mean, of what disorders are severe enough to warrant abortion.  I know people who have received ominous prenatal diagnoses and have followed them through their pregnancies to the births of children whose problems have rendered them no less precious; I know others who chose to abort and shared those experiences with us.

Modern society now almost universally accepts that there are some pre-natal diagnoses so severe that abortion is justified. Although statistics for “eugenic abortion” are hard to come by, medical researchers indicate that 80% of babies prenatally diagnosed with Down Syndrome are aborted; in some areas of the country as many as 95% of all babies prenatally diagnosed with cystic fibrosis are never born.  According to the American Association of People with Disabilities, many disabilities–Tay-Sachs Disease, for example–have virtually disappeared from the United States, and many others–spina bifida, for one–are on the decline, not because of advances in treatment and prevention, but because of the acceptance of death as the ultimate solution.

And what happens when abortion for truly horrific conditions, those incompatible with life, becomes accepted?  It’s that good old slippery slope again.  A recent online report from the Daily Mail (a United Kingdom publication) asserted that people in Great Britain are now aborting for club foot and extra digits.  Far from being incompatible with life, these conditions can be corrected surgically.  Fertility specialists are taking this one step further: with pre-implantation genetic diagnosis, they’ll test your embryo and once they’ve made sure it’s free of whatever disease you were worried about–including now in some instances only a chance of developing cancer or Alzheimer’s later in life–they’ll let you choose the sex for good measure.  Finally, and even more bizarrely, some disabled people are using PGD technology to ensure their babies are born with their parents’ disability (deafness, for example).

Here’s what’s scary.  I can’t demonize the people who kill their babies for not being perfect as I’d like to do because I know these people.  I can’t say, “Oh, I can’t imagine what kind of people would do these things,” because I don’t have to imagine them. In the main they are good people, people who think the right things, do the right things, and love their other children. They are frighteningly normal.  And if aborting babies for not being perfect is normal, then what is the world coming to?