I’m linking up again today with Mama Knows, Honey Child to tell you about more of my favorite things!
1.  Aldi 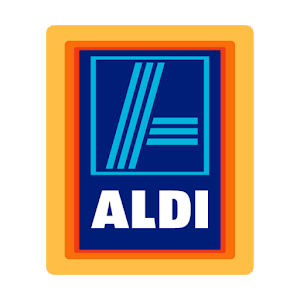 I’d been seeing this little grocery store for awhile, and even stopped there just once out of curiosity and picked up a few things.  But I only recently started shopping here regularly.  While I hate the continuing sprawl and desecration of what little farmland remains along Kingston Pike, I’m at least happy they put one of these in the latest development.  The prices on cheese, vegetables, and some frozen goods are simply amazing.  Now, be aware that this is one of those no-frills places.  You have to deposit a quarter to get a shopping cart (and boy did I look like an idiot the first time I was trying to figure this out!).  And you need to bring your own bags or boxes to put your stuff in.  I didn’t know this the first time and forgot the second time and again looked like an idiot trying to get all my random purchases safely into my trunk during a rainstorm, no less.  But I will remember this time, and Aldi is helping me save money and eat healthy food!
2.   These shoes

These might have been the first thing John ever purchased off the internet. (Yes, I’ve had them that long!)  They came from Lands End.  I used to wear them almost daily during the winter when Lorelei was little, along with my black skirt and Irish sweatshirt, which I considered my winter time uniform but which my mother said made me look eccentric.  I’m especially attached to these not only because they are comfortable and make all the hiking I’ve been doing lately easier and safer, but because I have so few personal possessions left from back then, and these came back to me somewhat miraculously.  A week or so after the fire, Jake mentioned he thought he had seen them in the basement.  I asked him to go back and brave the ruins (because this was after our salvage operation) and he brought them back to me.  I don’t remember doing it but I suppose I went down there wearing them one day and sat down and took them off and forgot to bring them upstairs again.  Which is good, because otherwise they’d be ashes.
3.  Weigel’s

If there is anyone in Knoxville who doesn’t like Weigel’s, I don’t know them.  For non-locals, it’s the go-to convenience store in these parts, so ubiquitous that it drove 7-11 right out of business.  All around town you can see former 7-11 buildings that now house a diverse array of businesses.  Weigel’s got its start as a dairy farm and milk delivery, and the milk is still one of the best things about it–you won’t find better prices or better tasting skim milk.  There are three Weigel’s stores within a mile or two of my house so they are super convenient for almost anyone living in Knoxville.  We shop there on almost a daily basis, and one of the things I like best is that the clerks are always always friendly and I enjoy the relationships I’ve developed with the ones at each store I frequent.
When Emily was a baby/toddler I used to leave her strapped in her car seat (parked at the window where I could see her the whole time, y’all, so calm down) while I ran inside to buy milk, prompting her to make this now-famous statement: “When I grow up, I am going to cut with knives, say bad words, and go inside Weigel’s.”
4.  Gardening

Working in my yard makes me really, really happy.  I come home most days and just stand and stare at my flower beds.  My neighbors probably think I’m crazy.  (Actually they probably think we are ALL crazy and they are probably right.)  I started gardening again last year after a long hiatus.  I didn’t have a lot of energy then so I’d spend an hour in the evenings on it, when it was cooler.  This year I have a lot more energy.  I’ve got a gardening post in the works right now, so that’s all I’m going to say about that.
5.  The X-Files

Again, this is going to get a whole post to itself some time in the near future, but I got the world’s best birthday present this year:  ALL the X-Files episodes, AND the movies.  We are having so much fun watching two episodes every night.  It’s been so long since I’ve watched many of them–and some I think I never saw at all–that it’s like discovering new things about old beloved friends.  And William is watching too, and it’s such a delight to watch him as the story unfolds.  (As, for example, when he found out that the Cigarette Smoking Man and Mulder’s father knew each other.  “That’s BAD,” he announced.)
You can find new blogs to read by visiting the link up here.  What are your favorite things?  You can tell me in the comments!